Thinking Difference with Heidegger and Levinas: Truth and Justice 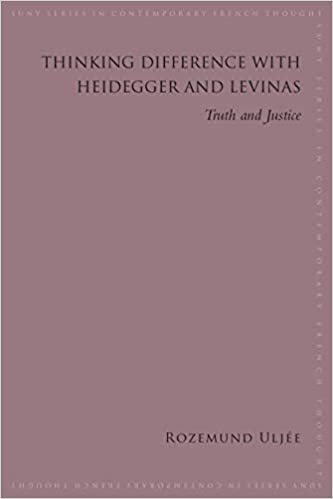 Highlights the extent to which the two thinkers share a common philosophical framework, while also demonstrating how Levinas shifts the orientation of philosophical thinking from truth to justice.

Tracing the relationship between truth and justice as articulated by Heidegger and Levinas, Rozemund Uljée presents the relation between the two thinkers as a subtle, profound, and complex rapport, which includes both their proximity and radical difference. This rapport is conceived not as a confrontation, but rather as a transformation, as Levinas’s notion of justice does not renounce Heidegger’s account of truth and its deployment. shows how the ethical relation transforms the essence and task of philosophy in its entirety, since it shifts the orientation of philosophy and the task of thinking from its concern with truth as ground or foundation to a question of justice. As a result, philosophy is no longer riveted to Being and its truth, but answers to the call for justice and must be conceived of as infinite commencement, where its impossibility to totalize meaning ensures that it remains open to the alterity of transcendence.
Read more