The Vogue for Russia: Modernism and the Unseen in Britain 1900 1930 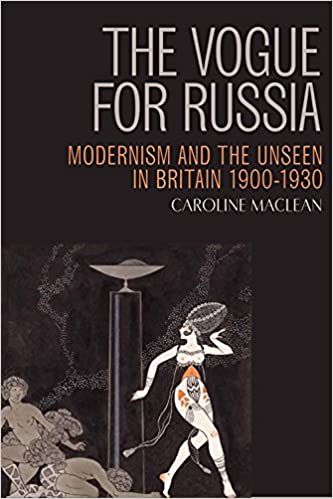 Explores the influence of Russian aesthetics on British modernists
In what ways was the British fascination with Russian arts, politics and people linked to a renewed interest in the unseen? How did ideas of Russianness and ‘the Russian soul’ – prompted by the arrival of the Ballets Russes and the rise of revolutionary ideals – attach themselves to the existing British fashion for theosophy, vitalism and occultism? In answering these questions, this study is the first to explore the overlap between Slavophilia and mysticism between 1900 and 1930 in Britain. The main Russian characters that emerge are Fedor Dostoevsky, Boris Anrep, Vasily Kandinsky, Petr Ouspensky and Sergei Eisenstein. The British modernists include Roger Fry, Virginia Woolf, Mary Butts, John Middleton Murry, Michael Sadleir and Katherine Mansfield.
Read more