The Toltec Civilization: An Enthralling Overview of the History of the Toltecs, Starting from the Classic Maya [Audiobook] 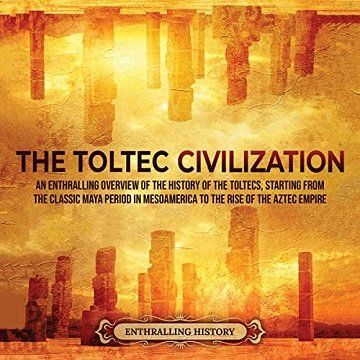 The Toltec Civilization: An Enthralling Overview of the History of the Toltecs, Starting from the Classic Maya Period in Mesoamerica to the Rise of the Aztec Empire
Precursors to the Aztecs (amazing in their own right), the Toltec people were the pre-Columbian Mesoamerican civilization honored for their artisanship and tactile warfare – considered so fierce and respectable that the Aztecs claimed descendancy from them! How did this empire come to be regarded as the apex of culture, sophistication, and civilization? Why did the Aztecs overtake them, and how? And.which came first: the Mayans, the Toltecs, or the Aztecs? Explore these questions and more! Learn the mysteries behind their gods and religious ceremonies – including human sacrifice – and their special connection to Chichen Itza.