The Shriek of Silence: A Phenomenology of the Holocaust Novel 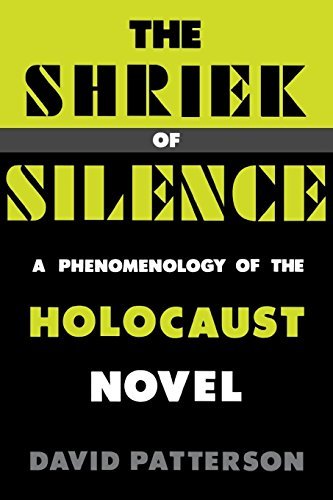 "In the Holocaust novel, silence is always a character, and the word is always its subject matter." So writes David Patterson in this profound and original study of more than thirty important writers. Contrary to existing views, he argues, the Holocaust novel is not an attempt to depict an unimaginable reality or an ineffable horror. It is, rather, an endeavor to fetch the word from silence and restore it to meaning, to resurrect the human soul, to regenerate the relation between the self and God, the self and other, the self and itself.

The Shriek of Silence is a first in several respects: the first to examine the Holocaust novels in their original languages, the first to articulate a theoretical basis for its approach, and the first phenomenological investigation-one that attempts to penetrate the process of creation for these novelists. Organized along conceptual lines, the book examines "the word in exile," the themes of death of the father and the child, transformations of the self, and the implications of the reader. Its philosophical foundations are Rosenzweig, Buber, Neher, and Levinas. Its critical approach is shaped by Bakhtin.

The novelists of the Holocaust, in witnessing through their words, regain their voices and in so doing are reborn. By probing the depths of their struggle, Patterson’s study draws us too toward a higher understanding, perhaps even our own rebirth.