The Oxford Handbook of Music and Medievalism 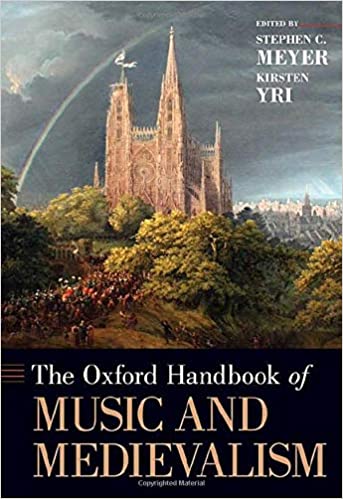 The Oxford Handbook of Music and Medievalism provides a snapshot of the diverse ways in which medievalismthe retrospective immersion in the images, sounds, narratives, and ideologies of the European Middle Agespowerfully transforms many of the varied musical traditions of the last two
centuries. Thirty-three chapters from an international group of scholars explore topics ranging from the representation of the Middle Ages in nineteenth-century opera to medievalism in contemporary video game music, thereby connecting disparate musical forms across typical musicological boundaries
of chronology and geography. While some chapters focus on key medievalist works such as Orff’s Carmina Burana or Peter Jackson’s films, others explore medievalism in the oeuvre of a single composer (e.g. Richard Wagner or Arvo Pärt) or musical group (e.g. Led Zeppelin). The topics
of the individual chapters include both well-known works such as John Boorman’s film and also less familiar examples such as Eduard Lalo’s. The authors of the chapters approach their material from a wide array of disciplinary perspectives, including historical musicology,
popular music studies, music theory, and film studies, examining the intersections of medievalism with nationalism, romanticism, ideology, nature, feminism, or spiritualism. Taken together, the contents of the develop new critical insights that venture outside traditional methodological
constraints and provide a capstone and point of departure for future scholarship on music and medievalism.
Read more