The Neston Collieries, 1759 1855 : An Industrial Revolution in Rural Cheshire 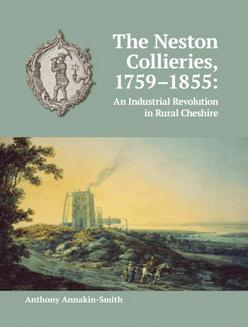 The extraordinary story of the two early collieries at Neston, in west Cheshire, has been largely overlooked by historians. Yet, for a time the main coal mine, Ness Colliery, was more successful than most of its contemporaries in nearby south-west Lancashire and North Wales. It was the first large industrial site in west Cheshire and introduced the area’s earliest steam engine. Remarkable events included devastating acts of sabotage committed by Ness Colliery s owners on the neighbouring works, and the introduction of underground canals to haul coals deep under the Dee Estuary where most of the mining occurred. Figures as diverse as the engineer George Stephenson and Nelson’s future mistress Emma, Lady Hamilton are part of the mines story. The book explores the appalling conditions in which the men and child miners worked including 100-hour weeks and the constant danger which led to many fatal accidents. Other topics covered include the living conditions and health of the miners and their families, the operation of the land and sea trades which saw Neston’s coal shipped as far as the Americas, and the network of links to Chester, Wales, Lancashire and beyond which were vital to the mines operation. Events are placed in the context of the profound changes which were affecting Britain during the Industrial Revolution. Extensive research means that this is one of the most comprehensive accounts of rural British collieries in this period. It will particularly appeal to those with an interest in Britain’s industrial or social history, or in the story of Chester, Cheshire and adjoining counties in England and Wales. In addition, many family historians will find particular appeal in the detailed investigation into the lives of individual miners and their families.