The Game: A Portrait of Scott Morrison 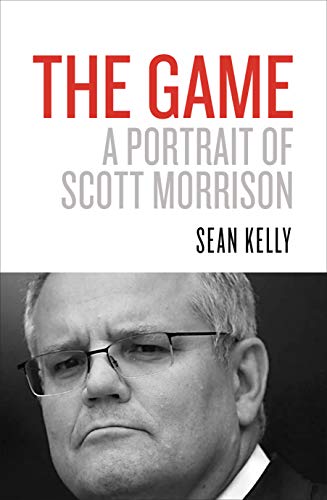 What happens when the prime minister views politics only as a game?

Australia wanted Scott Morrison. In a time of uncertainty, the country chose in 2019 to turn to a man with no obvious beliefs, no clear purpose and no famous talents. That we wanted Scott Morrison was the secret we did not know about ourselves. What precisely that secret is forms the subject of this book.

In The Game, Sean Kelly gives us a portrait of a man, the shallow political culture that allowed him to succeed and the country that crowned him.

Morrison understands – in a way that no other recent politician has – how politics has become a game. He also understands something essential about Australia – something many of us are unwilling to admit, even to ourselves.

But there are things Scott Morrison does not understand. This is the story of those failures, too – and the way that, as his prime ministership continues, Morrison’s failure to think about politics as anything other than a game has become a dangerous liability, both to him and to us.