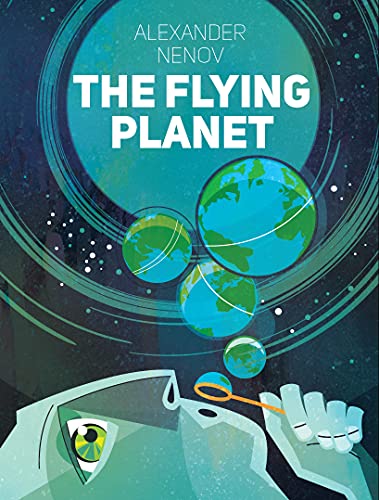 The year is 2054. Environmentalists have taken control of the planet and kept the population in a green dictatorship through UN structures. Makeup is prohibited, products are limited to local production, air travel is history. People have returned to their roots and are dying of common diseases due to a ban on technological treatments. The Greens have kept the technology as long as they spread their propaganda. All in the name of the planet, because we don’t have a Plan B. Or so people think before a planet appeared in space. Identical copy of the earth, which moves quickly and takes its convenient place in the solar system. How will environmentalists react? Why do aliens come with a whole new planet and why is it a perfect copy of planet earth? And whether they are aliens or this planet was created by humans …

"This book is one of my most risky projects because I’m showing what the world would be like if the ideas of environmentalists became a reality. Most people who blindly accept green ideas won’t like it. Even I was surprised where it can be reached if we blindly follow a seemingly not bad path. I was shocked when the stories described in my book began to become a reality only a year after it was written. I want to point out that the book was written before Greta (2017), before the restriction of flights in Germany, and before a number of events that you will notice as if describing the modern reality in which we live." Alexander Nenov