Snake Oil: How Xi Jinping Shut Down the World 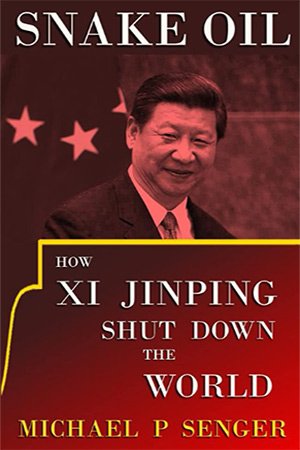 In March 2020, liberal democracy ground to a sudden stop.

Like the Reichstag Fire of 1933, historians may never know how SARS-CoV-2 came about. For scientists, exploring its origins would be a rewarding endeavor if it weren’t precluded by an immovable force-the jackboot of Xi Jinping’s Chinese Communist Party.

But while intelligence agencies spent months investigating the virus’s origins, the world employed an unprecedented response that proved far more devastating than the virus itself, leading to the greatest economic collapse since the Great Depression, widespread hunger, and the disappearance of countless lives and livelihoods. Across the world, governments implemented measures modeled on the mass quarantines imposed in China, commonly referred to as “lockdowns.”

It was the greatest geopolitical catastrophe since the Second World War, and the largest man-made famine since the Great Leap Forward. And it was all for nothing. Lockdowns had never been science. Rather, they’d sprung into global policy on the order of the CCP princeling who would become the most influential member of the Baby Boom generation; an aberration thrust upon the world through an unprecedented, international influence operation.

By corrupting global institutions, promoting forged data, publishing fraudulent science, and deploying propaganda on an unprecedented scale, the CCP under Xi Jinping transformed the snake oil of lockdowns into “science,” the greatest crime of the 21st century to date. This is the story of how he did it, and why.