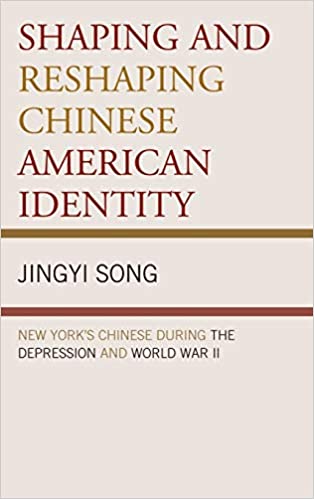 Shaping and Reshaping Chinese American Identity: New York’s Chinese in the Years of the Depression and World War II explores the role played by Chinese Americans in New York in the 1930’s who laid the foundation for future generations to fight for civil rights as American citizens. The stories of Chinese Americans during the Depression years and World War II are under-represented in the existing literature that has been confined to the early days of the settlement of Chinese Americans on the west coast of the United States. They were usually depicted as passive victims of exclusion as a result of Chinese Exclusion Laws. This book focuses on the active participation of the Chinese American in New York City in mainstream political, economic, and social life that helped them to forge new identity as Chinese Americans. Their active participation in federal and local elections as a means of claiming their rights as American citizens demonstrated their growing political consciousness.

Chinese New Yorkers’ support of both China and United States during the war reflected their dual identity as both Chinese and Americans. Their contributions to the war front and to the home front after Pearl Harbor eventually forced the reconsideration of the Chinese Exclusion Laws. The book concludes by relating the active participation of the Chinese in New York during the war years to the national movement for racial equality that resulted in new federal civil rights legislation.
Read more