Rice and Revolution: The Great Famine of Vietnam during the Second World War, 1944 1945 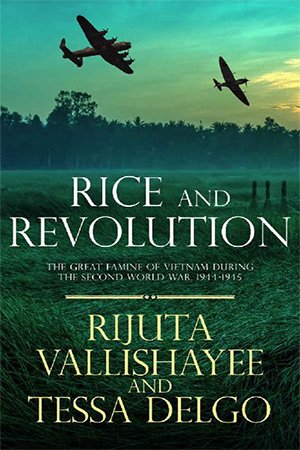 The Second World War is often associated with vast military casualties, but most do not associate how the war shifted the flow of goods and resources necessary for life, killing millions through malnutrition, starvation, and related disease. Among the famines of the Second World War, the Great Famine of Vietnam (1944-1945) remains little known outside of Vietnam, especially compared to its contemporaries in Bengal, Henan, and the Soviet Union. Though natural disasters catalyzed the famine, the scope of the famine was exacerbated by the brutal French extraction of resources in northern Vietnam, on the command of the Japanese military.

However, the famine’s seeds were sown long before the disaster, with the arrival of the French in the Mekong Delta and their subsequent colonization of Dai Viet. Over half a century of repeated economic exploitation from French colonialism led to the poverty of farmers in the already overpopulated Red River Delta. This inspired years of physical and then intellectual resistance against the French colonial government, eventually leading to the rise of communism in French Indochina and the rise of Ho Chi Minh. When the Second World War broke, and France fell to the Germans in 1940, the new Vichy government took control of French Indochina. They signed "Rice Accords" with Imperial Japan, promising up to a million tons of rice and hundreds of thousands of tons of other non-staple crops every year. This led to five years of intense, severe hardship for the peasants of Vietnam, and all it took were natural disasters in 1944 and 1945 for famine to break out. Meanwhile, the Viet Minh, under the leadership of Ho Chi Minh, slowly expanded their network of cadres across Vietnam during the war years and gained support from numerous Vietnamese peasants eager to end their suffering. The relationship between the Viet Minh, the Japanese, and the Vichy French came to a head among the famine years, exploding in 1945 the year of two coups.

By this time, two million people had died in the famine. "Rice and Revolution: The Great Famine of Vietnam, 1944-1945" chronicles the famine, placing it in its greater historical context of colonialism and the Second World War. Through analyzing the English language literature on the subject and utilizing primary sources, it aims to elucidate and evaluate this tragic event.