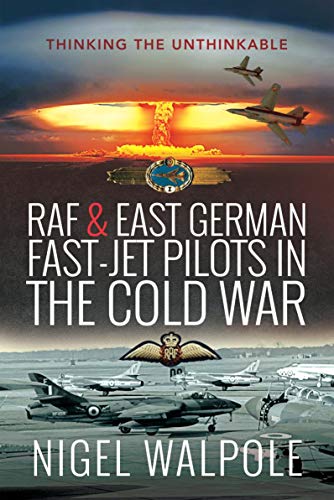 RAF and East German Fast-Jet Pilots in the Cold War is the result of ten years of research, involving many visits to the former German Democratic Republic by a small Anglo/German team of military specialists. Their purpose was to explore the lives of RAF and East German fighter and ﬁghter-bomber pilots, in the air and on the ground, at work and play, during the Cold War in North Germany.

The book is based largely on personal testimony from these pilots, coupled with facts drawn from official archives and comment from other historical sources. Where possible, political considerations have been avoided and no outright criticism has been intended, readers being left to draw their own conclusions on the thinking, strategies, equipment and tactics discussed. Far from being an intellectual polemic on the Cold War, the text and photographs merely record a slice of history as seen through the eyes of a select few who took up arms in the defense of their respective homelands – and faced each other daily across the Iron Curtain.

In an insightful conclusion, Nigel Walpole reassess the threat that both sides believed was genuine during those tense decades of the Cold War and examines the possible course and nature of a conflict which neither NATO nor the Warsaw Pact wanted but both actively planned for.