Philosophy of Economy: The World as Household 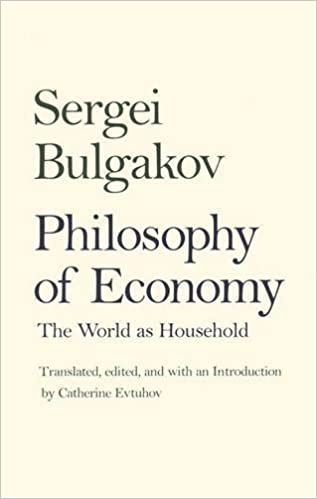 Sergei Bulgakov (1871-1944) was a major philosopher of the Russian Silver Age, but his work was almost entirely repressed under the Soviet rgime. In the wake of the collapse of the Soviet Union, Bulgakov – along with a number of other philosophers of the period, including Soloviev (whose work we are publishing concurrently) – has been resuscitated in an effort to rehabilitate a tradition of Russian liberal thought that will guide the country towards a post-Communist future. As Evtuhov points out in her extremely thorough and lucid introduction to this translation of his major work, Bulgakov’s philosophy is particularly fruitful insofar as it combines strands of Western liberal thought with Russian and Byzantine sources and ideas. Unlike Western liberalism, with its relentless focus on individual rights, Bulgakov stresses "human dignity," a concept in which the individual and the collectivity are seen as mutually supportive. In this, Bulgakov’s work should be of interest not only to Slavists and Russian intellectual historians, but to anyone interested in political and philosophical alternatives to liberal democracy as it has taken shape in the West.