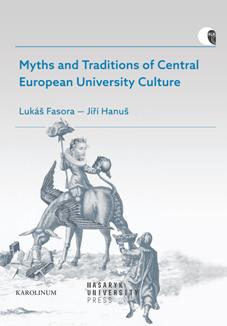 This publication aims to provide a cultural analysis of the university environment, where the main analytical tool is the concept of the "myth," both as a cultural phenomenon linking academia’s present with its past, and as a Jungian archetype. The authors conceive of myths as fi rmly tied to symbols which abound in education, rituals, hierarchical symbols and various traditions. This book presents to English readers the university culture of the so-called Humboldtian academic tradition, while focusing on the Czech higher education system in comparison to those of Germany, Poland, Austria and other countries. Of significant importance are the characteristics of Central European universities whose development in the 20th century was marked by discontinuity. This book mainly looks at academic culture from the position of the nonmetropolitan universities that emerged in the 19th and 20th centuries. Although the authors have conceived of this book historically, they are also interested in current issues, particularly the dispute between the Humboldtian ideal and "academic capitalism," the search for university unity within the framework of pressures to diversify, trends which weaken university freedoms, and the various forms of university administration. The authors have tried to inspire debate not only within historical circles, but also amongst those interested across the university community.