Marvel’s Guardians of the Galaxy: No Guts, No Glory 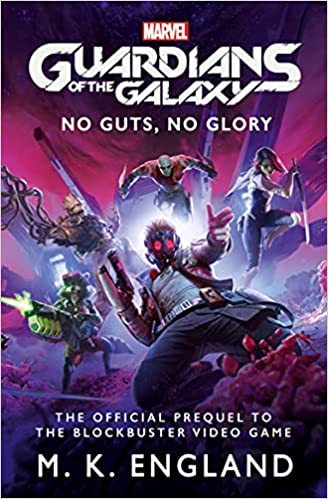 The official prequel novel to Marvel’s Guardians of the Galaxy, the hotly anticipated action-adventure game developed by Eidos-Montréal and published by Square Enix.

The official prequel novel to Marvel’s Guardians of the Galaxy, the hotly anticipated action-adventure game developed by Eidos-Montréal and published by Square Enix.

Star-Lord, Gamora, Drax the Destroyer, Rocket Racoon and Groot. They’re the Guardians of the Galaxy, turning a tidy profit as heroes for hire-or, they will be if Peter Quill can get his act together. After he botches the most critical part of their latest mission-getting paid-his newly assembled crew is close to ditching him for good. Now he needs a big payday, fast.

When an old acquaintance shows up offering a whole lot of units for a field trip to Peter’s past, it’s a no-brainer. Twelve years ago, Peter fought the Chitauri alongside the Resistance on Mercury to prevent an invasion of Earth. Now it’s time to go back. The old Resistance base has a squatter, and it’s up to the Guardians to ‘gently escort’ them off the premises. and unmask a wartime traitor while they’re at it.

But war is heavy, man, and the Galactic War screwed up each of the Guardians in their own special ways. The brand-new team is barely hanging together, and the mission brings up all kinds of bad memories. It’s make or break time for the Guardians, and they do so love breaking things.

Just hopefully not each other.