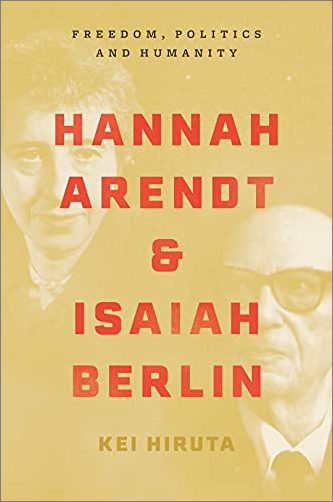 Drawing on a wealth of new archival material, Kei Hiruta traces the Arendt-Berlin conflict, from their first meeting in wartime New York through their widening intellectual chasm during the 1950s, the controversy over Arendt’s 1963 book Eichmann in Jerusalem, their final missed opportunity to engage with each other at a 1967 conference and Berlin’s continuing animosity toward Arendt after her death. Hiruta blends political philosophy and intellectual history to examine key issues that simultaneously connected and divided Arendt and Berlin, including the nature of totalitarianism, evil and the Holocaust, human agency and moral responsibility, Zionism, American democracy, British imperialism and the Hungarian Revolution. But, most of all, Arendt and Berlin disagreed over a question that goes to the heart of the human condition: what does it mean to be free?