Guangzhou: The History and Legacy of China’s Most Influential Trade Center 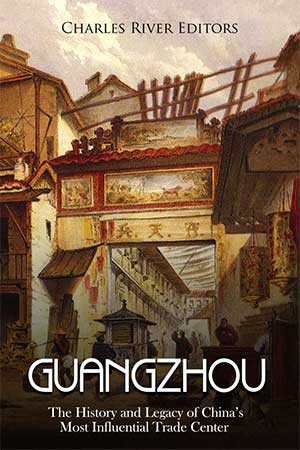 The modern day city of Guangzhou is located in the mountainous region of south China. Near the Baiyun Mountains that rise from the edge of the city and the eastern banks of the Pearl River (Zhujiang), the city today covers approximately 7, 400 square kilometers. The location of the city provides it the opportunity to oversee the delta of the Pearl River, which is China’s third largest river. This has allowed the city historically and in the present to control the movement of goods into China while the proximity of the city to the South China Sea has allowed merchant ships from around the world to trade goods here.

Guangzhou: The History and Legacy of China’s Most Influential Trade Center examines how China’s third biggest city took shape, from ancient origins to its role in the Silk Road and trade with Europe. Along with pictures depicting important people, places, and events, you will learn about Guangzhou like never before.