Flights from Fassberg: How a German Town Built for War Became a Beacon of Peace (Willie Morris Books in Memoir and Biography) 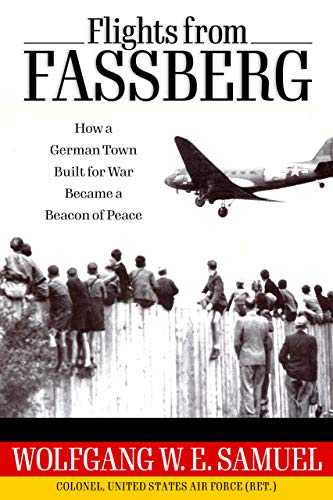 Wolfgang W. E. Samuel, Colonel, US Air Force (Ret.), interweaves his story and that of his family with the larger history of World War II and the postwar world through a moving recollection and exploration of Fassberg, a small town in Germany few have heard of and fewer remember. Created in 1933 by the Hitler regime to train German aircrews, Fassberg hosted Samuel’s father in 1944-45 as an officer in the German air force. As fate and Germany’s collapse chased young Wolfgang, Fassberg later became his home as a postwar refugee, frightened, traumatized, hungry, and cold.

Built for war, Fassberg made its next mark as a harbinger of the new Cold War, serving as one of the operating bases for Allied aircraft during the Berlin Airlift in 1948. With the end of the Berlin Crisis, the airbase and town faced a dire future. When the Royal Air Force declared the airbase surplus to its needs, it also signed the place’s death warrant, yet increasing Cold War tensions salvaged both base and town. Fassberg transformed again, this time into a forward operating base for NATO aircraft, including a fighter flown by Samuel’s son.