Cosmopolitanism in the Fictive Imagination of W. E. B. Du Bois: Toward the Humanization of a Revolutionary Art 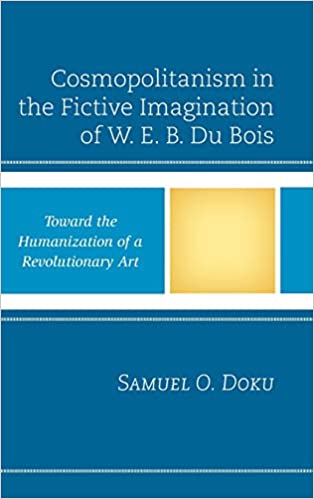 This book traces W.E.B. Du Bois’s fictionalization of history in his five major works of fiction and in his debut short story The Souls of Black Folk through a thematic framework of cosmopolitanism. In texts like The Negro and Black Folk: Then and Now, Du Bois argues that the human race originated from a single source, a claim authenticated by anthropologists and the Human Genome Project. This book breaks new ground by demonstrating the fashion in which the variants of cosmopolitanism become a profound theme in Du Bois’s contribution to fiction. In general, cosmopolitanism claims that people belong to a single community informed by common moral values, function through a shared economic nomenclature, and are part of political systems grounded in mutual respect. This book addresses Du Bois’s works as important additions to the academy and makes a significant contribution to literature by first demonstrating the way in which fiction could be utilized in discussing historical accounts in order to reach a global audience. “The Coming of John”,
Read more