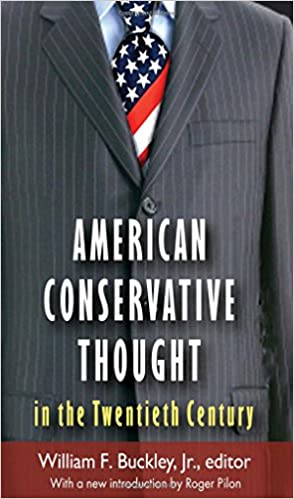 If America has been an unsympathetic environment for conservatism, conservatism has, nevertheless, demonstrated an extraordinary tenacity in politics, literature, law, religion, economics, and social thought. Conservatism forms a dissent within the liberal tradition, and also deserves a hearing from any serious student of American history. William F. Buckley, Jr. brought this issue to the forefront in this outstanding collection featuring some of the greatest political thinkers of the twentieth century.This volume illuminates many aspects of the elusive ‘conservatism’ of which so much has been written, and helps to explain why it is that conservatism survives in politics, economics, social sciences, and the arts. Buckley has drawn from the works of renowned scholars and from those of relatively obscure figures, whose contributions he persuasively puts forward as deeply influential in the crystallization of modern conservative thought.This collection of essays begins by analyzing the history and background of American institutions. It then goes on to inspect strong American presumption in favor of the private sector and the nature of specific challenges to modern society, as well as the response of conservative thought and analysis to those challenges. Pluralists will welcome the approach in this book, and others will be excited by prestigious authors.
Read more