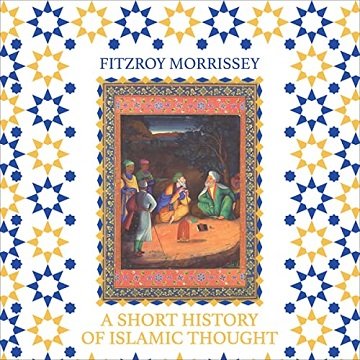 A history of Islamic thought – from its foundation in the seventh century to the present day – from a brilliant historian of the Islamic world. Day after day we read of the caliphate and the Qur’an, of Sunni and Shi’a, Salafis and Sufis, integration and isolation, radicals and refugees. Almost a quarter of the world’s populate is Muslim. It is clear that understanding the modern world requires knowing something about Islam. But while much is said and written about Islam and the global trends and historic events connected to it, little attention is given to placing these phenomena within their greater historical, religious and intellectual context.
Tracing 13 centuries of Islamic history – from the foundation of Islam in the seventh century and the life of Muhammad, through the Crusades in the Middle East and the growth of great empires, to the often fraught 21st century – A Short History of Islamic Thought considers questions of interpretation and legacy, of the lives of Muslims and how they relate to others. Through these questions, Fitzroy Morrissey presents not a monolithic creed, but a nuanced faith made up of four intellectual tendencies that share so much – and differ greatly. A Short History of Islamic Thought is a concise and engaging volume that will appeal to non-Muslim listeners looking to better understand the world’s second largest religion, as well as Muslims seeking a background to the historical dimensions of their faith and those interested in the intellectual history of the last millennium and a half.